I’ve only got one more gig on my schedule for 2016, and it’s a doozy. I desperately hope you’ll join me on Friday, Oct. 21, for Halloween Honky Tonk II at DG’s Tap House in Ames. For the second year in a row, I’ve asked a few friends to join me on the bill for what I personally guaran-damn-tee to be a full night of righteous music.

The Halloween Honky Tonk also doubles as a costume party, and anyone who shows up in a particularly ghoulish outfit will get a chance at some prizes and free merch.

As if all of that weren’t enough, there’s no cover. Like, at all. You can get your fill of 100-percent locally produced rock n’ roll, take in a bunch of costumes and weird Halloween hijinks, enjoy DG’s extensive beer menu and not pay a single dime to get in the door. I’ve got a costume in mind that’ll make it worth your while to turn out. But you might want to refresh your memory on Nirvana’s concert history first…

Ladies and gentlemen, I wouldn’t dare steer you wrong on this:  Halloween Honky Tonk II is going to be a blast.

Jess DeWitt & Co. and Great Caesar’s Goat, two bands I admire greatly, are rounding out the bill for the evening. Joining me on stage will be Dave Atchison on drums and Greg Bruna on bass. I’ve been making rock music with both those guys for the better part of five years now, and I consider them my musical soul mates. This time out, we’re calling ourselves the Fred Love Explosion. It’s a new name, but don’t let it fool you. If you saw us play this summer as Atchison, Bruna & Love, you know we mix a bunch of classic tunes with our own originals and give the whole package the garage treatment. Nuts-and-bolts rock n’ roll with a healthy dose of twang.

Finally, as I mentioned earlier, this is the last show I intend to play for a while. That’s not because I’m quitting or anything. It’s because I’m going to spend the remainder of 2016 focusing on recording my very first solo album, and then my wife and I are eagerly awaiting the birth of our baby girl in February. I’ll be announcing more about the album and baby in due time.

Until then, please join me for Halloween Honky Tonk II on Oct. 21. Bring a costume and a friend – if you’re brave enough… 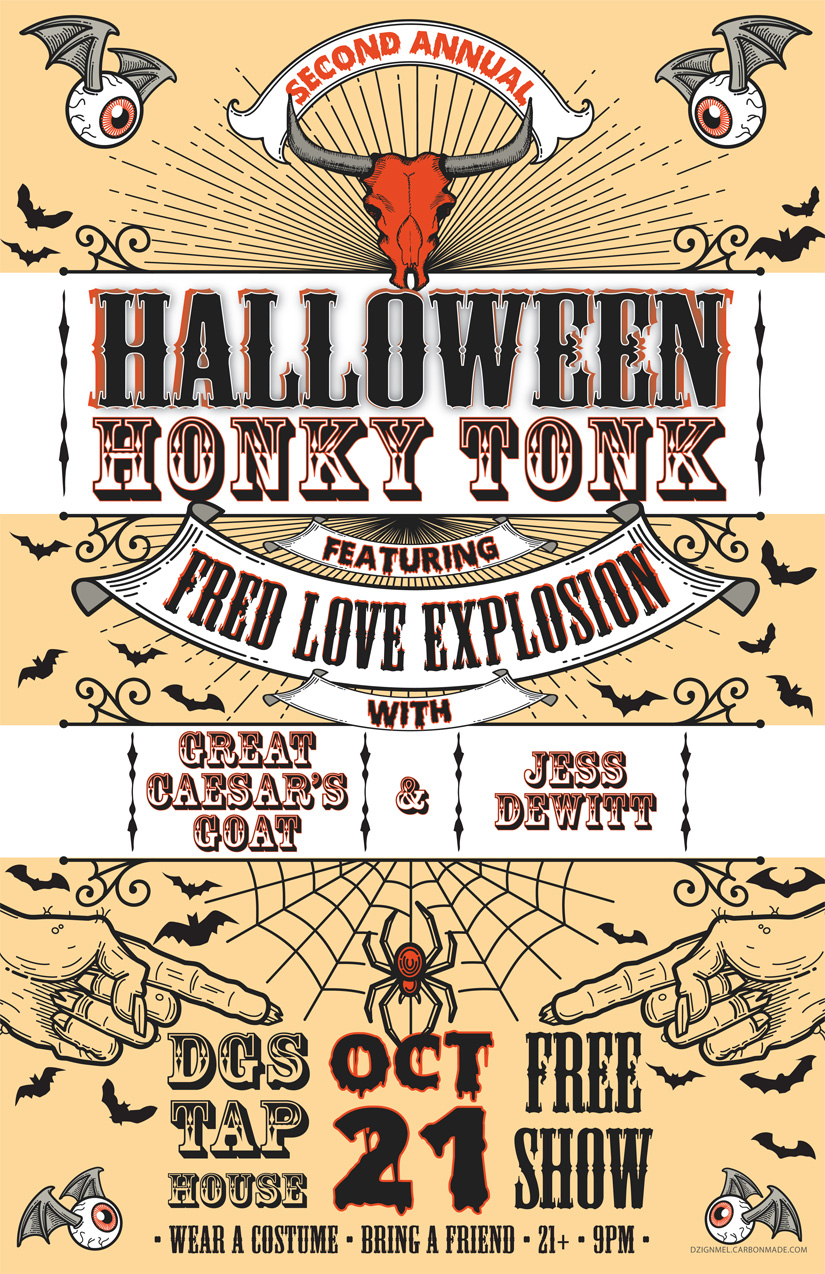